The very first time Eagle and I met outside of the house was for coffee at Rosie’s in Meadowlark Mall.  I smiled all the way as I walked to the mall.  Eagle was waiting for me at Rosie’s and we shared a plate of French fries with coffee.  After being volunteered to write down the book Eagle dictated, we went to various places to write.  The Students’ Union Building (University of Alberta) was a favorite.  We began to “hang out” together when Eagle was not motivated to write.

On February 14th Eagle arrived with a box of Black Magic chocolates and asked, “Will you be my Valentine?”  I said “yes” and we went to Parkway Bingo where we met Eagle’s father.  Eagle had promised his dad that they would go out to Bingo that night.  No problem – family night!  At that time Alberta had a special Bingo following the half time break.  It was called “Satellite Bingo”. You paid an extra dollar for each card played just for that bingo.  From Caesar’s Bingo at West Edmonton Mall the numbers were called and, through television signals, every Bingo hall in Alberta played for a huge “loonie pot” – this night it was $250,000!  (The loonie is the Canadian nickname for the one dollar.)  Although we never won a Satellite Bingo, Eagle did win a loonie pot on a full card within 48 numbers at Caesar’s Bingo one afternoon.  What FUN!! 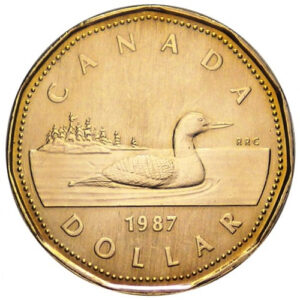 Eagle and I also went to movie reruns at the dollar theatre, Caesar’s Palace Casino, the Second Cup coffee bistro, and (gasp!) Tim Horton’s.  Even after Eagle had returned to Arizona, I would play Bingo.  It was always a social evening where you said your “howdy do-s” to the regulars.  And I even got to say “Bingo!”  We played for one line, two lines, the X, the picture frame, and the full card on every game/card; there were five games played on each card – a sheet of 3/6/9 different cards – and six sheets to play through.  Not to mention single, double, or triple win sheets.  More fun!

We would do a road trip now and again – to Vancouver Island, to Las Vegas, to Laughlin, to Sedona, and to Edmonton – and we would sometimes go the long way home just for the fun of it.  Whenever we would drive from Vancouver, Canada, to Arizona, we always made a stop in Las Vegas.  Binion’s, the Boardwalk, and the Tropicana found Eagle at the Blackjack tables while I would scout the slot machines.  Eagle also enjoyed Roulette.

Find ways to enjoy living – life is precious and the earth walk is short.

Enjoy the music and show your appreciation (funds maintain this blog).

Subscribe to my newsletter to receive promotions, sales, and giveaways of my Native Flute music “from the Eagle’s nest”.